That's where I'm a-gonna be, Ma 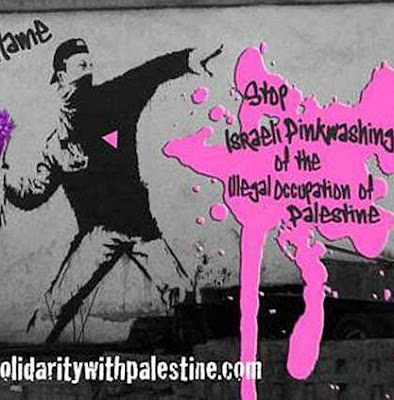 GUEST: Zachariah Barghouti, organizer with the Palestinian Youth Movement USA, talks about his experiences as an immigrant, queer Palestinian man and about his speaking tours at universities teaching about queer led BDS campaigns targeting the Israeli government's pinkwashing efforts.

Attempt to shut down Barghouti's panel at Vassar College

What a thrill to be there at Vassar for Barghouti's panel. Like usual, there were threats, pressure from Zionist alums, and the standard non committal response from the college. But the students prevailed and the turnout was staggering. Vassar students are notoriously late, but when I got to the hall a little before the beginning of the program, there was only a few seats left right down in front. Hundreds of students had come out to hear the discussion:


Panel Discussion on the One Year Anniversary of the Great March of Return and the Changing Face of Palestinian Solidarity in the US. Taylor Hall, Room 203, Vassar College, Poughkeepsie. Palestinian American activists and academics Sumaya Awad and Zachariah Barghouti will be joined by Vassar Professor Joshua Schreier. Presented by Students for Justice in Palestine to commemorate Israel Apartheid Week.

At the end, instead of attacking questions, there was a emotional standing ovation for the two Palestinian activist and the Vassar professor who had been brave enough to chair the event.

Barghouti's interview on Activist Radio gave us the opportunity to ask questions about the LGBTQ movement and how it relates to Black Lives Matter in the US and to the fight for a free Palestine. Each oppressed group can clearly understand the racism and violence directed at others of the wrong color, sexual orientation or religion. The basic reason for struggle is to achieve fundamental human rights, and it doesn't matter who the oppressed are. Our choice is to be for that oppression or to resist it in any way we can.

Email ThisBlogThis!Share to TwitterShare to FacebookShare to Pinterest
Newer Post Older Post Home
CLASS WARS BLOG:
ClassWars Blog is an inside look at the production of Activist Radio: what went right, what went wrong, and what got left out. In fact, we plan to post just about anything we feel is interesting, including listeners' comments.
LISTEN TO ACTIVIST RADIO:
ClassWars.org
READ MID-HUDSON CALENDAR:
-Announced on Activist Radio
-Weekly Meetings/Radio