Ignorance has its price when it comes to COVID. The areas of the country that steadfastly believe that masks are a government plot and that the virus is a hoax are becoming the killing grounds for unvaccinated American fools. How did such a large number of people decide to put themselves and their families at risk? And how does a responsible society try to undo all this damage? As Mark Twain lamented, "How easy it is to make people believe a lie, and how hard it is to undo that work again."

But before we congratulate ourselves for not falling pray to poorly thought out conspiracy theories and cretin logic, let's look at our own assumptions. Sure, there are backward areas of our country where lots of people will end up dead. A tragedy, but not our problem.

These hotspots, however, also serve as breeding grounds for the virus, allowing it to continually evolve into something possibly more dangerous. Eventually even those who are vaccinated may fall pray to a newer, more deadly strain. It is no surprise that the Delta variant of the virus emerged from India, a country with a vast underclass that can't afford COVID protection.

It's like global warming; we will all end up paying for the beliefs of the gullible and poorly informed who still think that our burning planet has nothing to do with oil. Perhaps that will be the reason why our species eventually fails, our inability to work together for the common good.

What we historically have suffered 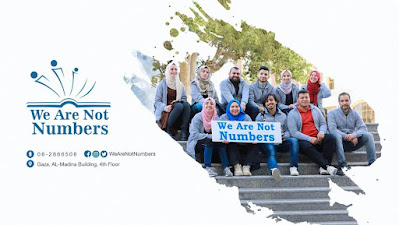 GUEST: Dr. Alice Rothchild, physician, award winning filmmaker and author of several books on Palestine, talks about the intersection between her Jewish background, her career at Harvard Medical School, and her work for Palestinian rights.

We Are Not Numbers
We had a very interesting discussion about how a Jewish person in the US decides to become an advocate of Palestinian rights. It isn't easy. Even as a well respected gynecologist and assistant professor at Harvard Medical School, Alice faced daunting hurdles in bringing up the subject of medical rights for Arabs under Israeli occupation.
It was such a compelling story that I didn't get to the organization that I had intended to talk about, We Are Not Numbers. Alice is on the board of directors for this group, and also serves as a mentor to its young writers. The Palestinian stories are quite fascinating, and provide a window of understanding for those who have never been to the West Bank or Gaza. Good storytelling helps us walk in someone else's shoes. In this case reading helps us understand life in an apartheid state.

I think the interview did explore the variety of way that Alice has devoted her life to the concept of "never again." As she describes it, "never again" belongs to the whole world and is not owned by one religion or ethnicity. The Holocaust is a teaching moment for the entire human race, and not an excuse to treat others the way Jews were treated in the Third Reich.

"We will have to face the reality that Israel is neither innocent, nor redemptive. And that in its creation and expansion we as Jews, have caused what we historically have suffered; a refugee population in Diaspora."  Martin Buber 1949

Discovering the huge underclass of Black people in our society 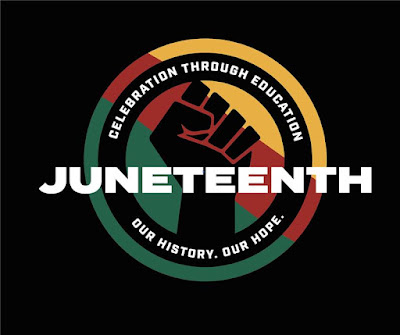 Juneteenth Is About Freedom

Dale loves to talk about the historical facts about the Civil War, Reconstruction, and Jim Crow. It is a complicated story of subjugation and resistance, and of racism and redemption. It is mostly a story that white America does not know.

We have our own story, of course. It has been carefully crafted to let us off the hook for slavery, possibly the most defining event in our nation's coming of age. For slavery doesn't have an aftermath. The effects of slavery are still very much with us, and the proof is the huge underclass of Black people in our society.

Activist Radio was fortunately able to get Richard Rothstein as a guest last year. His book, The Color of Law - A forgotten History of How Our government Segregated America, catches white people on our supposedly invisible mistreatment of Blacks in America. The book is full of surprises, and destroys much of the mythology of white thought on race and equality.

So maybe having white people researching and presenting the sordid history of Black subjugation in our country is not such a bad thing. For it is whites who don't know about racial oppression. And it is whites, who in their ignorance, often justify further repression.

Salvation in a troubled time 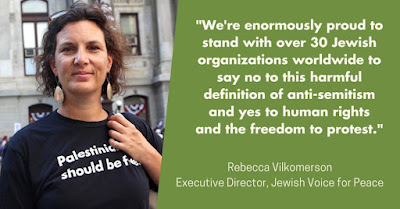 GUEST: Jane Hirschmann, author, psychotherapist, and co-founder of Jews Say No, talks about her work as co-chair of the Freedom2Boycott NYS Coalition.

It was a pleasure talking with Jane Hirschmann about her life and her devotion to human rights. "Never again" to Jane means that society should never again allow what was done to Jews during the Nazi era. That means putting human rights first, above religion or national identity. It is simply the belief that all people should be valued, not such a radical concept in a world now dependent on peace for its very survival. Or as Pete Seeger sang it, "We will love or we will parish."

That's not to say that we should erase our identities. Quite the opposite. But we should try to cherish the humanity in all of us. We seem naturally able to do that with babies. We love them because we can identify with almost every one of their emotions, from delight to screaming rage. And loving a baby fills our bodies with that sweetest of all nectar, the feeling of loving another.

The fight for human rights offers a similar gratification. Love of all humanity can be a salvation in a troubled time. People like Jane Hirschmann, can show us the way.

A unique book. Thanks, Lillian, for letting people know about this fine work. 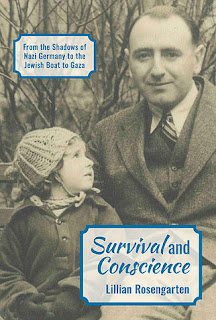 Thank you for all you do. Hope to have a chance to see you soon again.

I wonder if  you could advertise my book. I want it to be read more. I believe it is well worth reading as well as a fast read over the summer.

Survival and Conscience: From the Shadows of Nazi  Germany to the Jewish Boat to Gaza.

A prologue can be read on my website and it can be ordered from there.

With love and hopes for peace.

“Her memoir is a cry from the heart, a call for the centrality of human rights for all... her life-long search for justice and spiritual peace is both moving and inspiring.”       – ALICE ROTHCHILD, Author, On the Brink

For Fear of Being Called by Marilyn Buck - 1996

In Peru a demonstration
against a rise in bread prices
is stopped
because of threats to denounce
those who demand bread
as terrorists.
How greatly we fear language
an electric cattle prod
to drive us into corners
where we cower
for fear of being called
terrorists or communists or criminals.
How did we allow those who don't give
a damn about how we
the 80% live or die
to rob us of our language
to intimidate us into cutting out
our tongues
and binding our limbs into lameness?
How can we be more afraid
to be called terrorists
than to die in the dark
with no one there to speak for us?
on July 14, 2021

Cheerleading US military interventions in Asia, the Middle East, Africa and Latin America

GUEST: John Walsh, writer for CounterPunch, Antiwar.com, Consortium News and Dissident Voice, as well as former Professor of Physiology and Cellular Neuroscience at a Massachusetts Medical School, talks about China and US hegemony.

I put this graphic up because it goes beyond logic. There is something sinister about two grown men fighting over a submissive woman. It brings up all the complexities of our mating rituals, as well as the dangers of our subliminal feelings.

Is the will be be dominant over the Chinese people such a deep seated and potentially deadly aspiration? In a world of nuclear arms it certainly is. John Walsh holds up a mirror to the US, revealing that the will to dominate the world is the driving force of our foreign policy towards both China and Russia. And like most subliminal needs, it is a force that we steadfastly refuse to even acknowledge.

Can we create a world were all countries and all people have inalienable rights? Where one country doesn't start a third world war because it can't dominate all the others? It seems like the peace movement had better get back in gear. Democrats tend to be as militarily aggressive as Republicans. And our media is once again cheerleading US military interventions in Asia, the Middle East, Africa and Latin America.

Email ThisBlogThis!Share to TwitterShare to FacebookShare to Pinterest
Older Posts Home
Subscribe to: Posts (Atom)
CLASS WARS BLOG:
ClassWars Blog is an inside look at the production of Activist Radio: what went right, what went wrong, and what got left out. In fact, we plan to post just about anything we feel is interesting, including listeners' comments.
LISTEN TO ACTIVIST RADIO:
ClassWars.org
READ MID-HUDSON CALENDAR:
-Announced on Activist Radio
-Weekly Meetings/Radio