The Courage to Stand on the Sidewalk 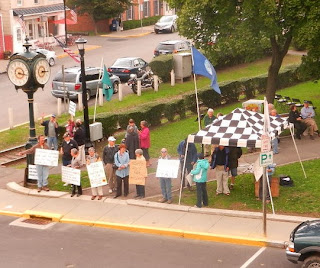 Guest: Martin Baumgold, farmer and community activist, talks about Hudson's long running peace vigil and how the group partnered with the Rotary Club to put up a peace pole.

We had a good time comparing notes about the Hudson and Rhinebeck peace vigils. There have been very funny, as well as very moving times standing on the sidewalk each week for peace.

We have been called fascists, socialists, Communists, and Muslims. For the last several years, however, most people just thank us for being there.

Is advocating for peace naive? Is it silly to stand in a snowbank with a sign urging our government to bring the troops home? You take your risks by appearing in public with a message so foreign to the corporate consensus. Yet, in America, we are the counter message. And it is one of hope, compassion, and fairness in a wasteland of empire, profit and environmental destruction.

Whatever the outcome of the current presidential election, we know that neither of the corporate controlled parties will bring sanity to our national debate about war and social justice. Only groups with the courage to stand on the sidewalk can do that.

Paying the Price for Peace 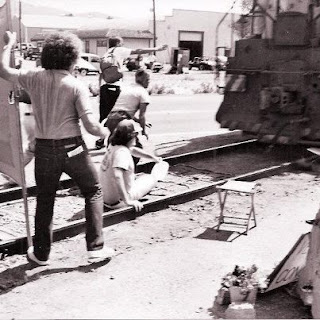 As a vet and a peace activist who traveled to Nicaragua in the 1980's, I have always felt a connection with Brian. Maybe it's because we are both from rural, upstate New York (I was raised on a farm).

I have always wondered what makes some activists take chances with their lives, and marveled at how important such sacrifices are for the movement to end wars and preserve the human race. Preserve the race in two ways, of course. The first way is straightforward. Will there be a place on this planet for humankind after nuclear war or runaway global climate change? The second preservation is more subtile, but none the less important. Is there an innate morality that is part of our existence on earth? I want to keep my faith in that, and don't know how I could really live without it.

Here is the poem I wrote for Brian after he lost his legs trying to stop weapons shipments to Central America.

This stops a trainload of bullets,
Destined for Central American hearts.

Now there is blood on the heavy wheels,
And a man gives his legs for peace.
Oh shame for those who stand upright,
And pay for murders out of sight. 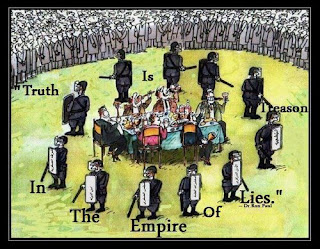 http://www.wvkr.org/
Doing the pledge drive is painful, not only because you have to ask for money the whole hour, but also because the experience reminds you that you live in a very closed society where the major media is essentially all there is.
Activist Radio is a tiny enterprise, floating on a sea of corporate propaganda. Even independent media is tiny if you look at how people really get their news. TV has been the biggest ally of totalitarianism in the Empire. It provides millions with a world view, full of danger, but with the comforting assurance of American idealism and perseverance. On and speaking to us all day long, it is a wise and trusted member of each household. It also defines each family's link to the broader social structures of our country. TV defines us, explains our motives, and provides those feelings of mass exhilaration and grief that we all need in our lives. It provides an artificial reality so necessary for the empire to commit its atrocities abroad and its wholesale  swindling of the American worker at home. Only about 1% of families don't have a television in at least one room. It is the perfect vehicle of control in the empire of lies.

Green is the New Red 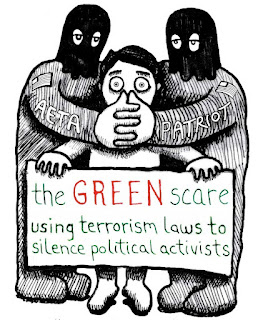 Guest: Will Potter, journalist and author of the book entitled "Green is the New Red," talks about the revival of McCarthyism in the Justice Department's targeting of environmentalists.

It is surprising to me that authors like Will Potter seem unafraid of the FBI, even though they know the agency's troubled history.

Will simply assumes that the FBI will try to intimidate, discredit, and entrap activists who try to nonviolently change the system. It is always good to read what was done to Martin Luther King, who J. Edgar Hover referred to as "Burrhead." Can there be any question that at least one of the primary duties of the FBI in this country has been the suppression of political dissent?

According to Will, the only way to counter FBI dirty tricks is to expose them to the public. Americans can't believe that an agency of the federal government would conspire to rob people of their free speech rights. Once enough citizens catch on, the FBI often retreats out of the glare of publicity. Read "Green is the New Red" and discuss the book with your friends. Help shine a light on political repression in America.