Zionism has taken some big steps recently, and it is only fair to acknowledge the progress it has made. The movement to ethnically cleanse the Holy Land of everyone but Jews has wedded itself to Trump and his alt-right racist base. No surprise here, as the same racial hatreds and violence are at work in both groups.

Religious extremism in the US has certainly helped in creating this unholy union. Much of the right wing Christian Church, as well as large segments of establishment Judaism have always considered a purified Israel as the will of God, and have preached such heavenly guidance in their religious services.

Billionaire Israeli/US citizens have done their part as well. Sheldon Adelson, gambling and casino mogul, was Trump's largest donor in the last election. He has also spent hundreds of millions on Congressional races, insuring that no candidate even whispers the word Palestine. The Zionists are so tightly in control that almost every member of Congress applauded Israel's most recent slaughter in Gaza, even after it was established that 550 Palestinian children had been killed.

The US Embassy is moving to Jerusalem. The Israeli Parliament has just passed a kosher version of Jim Crow, stripping many rights from non Jewish citizens. And 38 billion from US taxpayers will be making its way to Israel over the next several years.

There is even a law in Congress that would criminalize any boycott of Israeli apartheid. Hats off to state supported racism, the new American Dream. 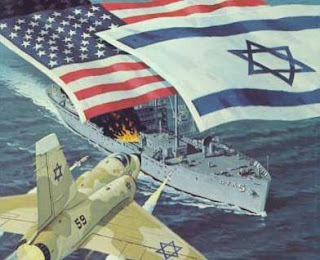 GUEST: Joe Meadors, crewman on the USS Liberty during the 1967 Israeli attack that killed 34 US sailors, and past president of the USS Liberty Veterans Association, talks about his upcoming sail to break the siege of Gaza.

Joe made a great guest. He was there to experience the Israeli attack on the USS Liberty, and there to feel the massive attempt by the Pentagon to cover up the assault.

He knows that something is very wrong when the US colludes with a foreign country to murder US servicemen. He doesn't pretend to know why this attack took place. But his knowledge calls into question the whole sordid relationship between Israel and its partner in crime, the United States.

Joe's trip to break the siege of Gaza is a further testament to his bravery and his commitment to serving his country in its time of need. America should not arm, fund, and defend the genocide being visited on the Palestinian people.

It is time to start asking every candidate for office how much money they are getting from the Israel Lobby. Make supporting Israeli apartheid a liability to any Congressional campaign.

The arc of the moral universe 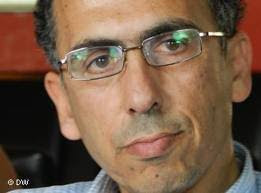 GUEST: Mazin Qumsiyeh, Director of the Palestine Institute of Biodiversity and Sustainability, professor at Bethlehem and Birzeit Universities, and author of several books including "Popular Resistance in Palestine: A History of Hope and Empowerment," talks about his trip to the U.S. and how the illegal occupation will end.

Mazin gave me this interview before he did a book signing in Saugerties, NY. It is not the first time that Mazin has been a guest on Activist Radio. A friend of Joel Kovel, Mazin has visited the Hudson Valley before.

I don't always know how to interview Palestinians. There is my guilt for being a citizen of the country most responsible for the suffering of his people. And the news is always bad, Palestinians being beaten, shot or imprisoned. It is never my family in the crosshairs of some sniper's rifle. It is never my house that is being destroyed.

My questions always seem to focus on Palestinian suffering. In fact, my interviews are designed to do just that. It is only when millions of Americans have learned to acknowledge and reject the apartheid state of Israel that it will change. We are the supplier of bullets, the protector at the UN, and the funder of its state racism.

Mazin talks freely about the injustices inflicted on his people. He is sorrowful, and yet looks at the longer picture. Unless Israel commits the genocide of five million people, the Palestinians are there to stay. Like many indigenous peoples, they are masters of resistance, even in the face of overwhelming military superiority. One day, two peoples will inhabit the Holy Land, and as God's children they will be loved and cherished equally.

Like Martin Luther King, Mazin believes in the arc of the moral universe.

When the people lose faith in democracy 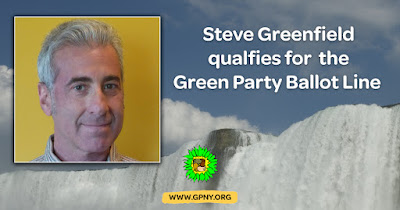 In the era of Trump, we need to be reminded of just how dysfunctional the two party system is.

Suddenly Donald appeared as president, a repulsive con man in place of the admirable statesmen who went before him. Or so the liberal media would have it.

It is a tidy analysis; all that is needed to right the ship of state is to vote for Democrats. Easy enough, but like most simple answers to complex questions, it is dead wrong.

We have had two bright, educated and throughly corrupt Democratic presidents who made a lot of rosy promises to America's workers, but delivered all the goods to the corporations. Clinton and Obama were true neoliberals, deregulating whole industries while privatizing any services the government could possibly give to the poor and middle class. Wages stagnated for 30 years while the wealthy became so filthy rich that they were able to buy both Congress and the White House.

Trump is the culmination of neoliberal policies, the election of a demagogue when enough people get enraged at a corrupted political system. We see this happening in the rest of the world: in Italy, Austria, Poland, and in the province of Ontario. And the right wing extremists are knocking on the door in many other developed countries, peddling a brand of racism, nationalism, militarism and right wing ideology.

So does unfettered capitalism bring about such anger that people eventually lose faith in democracy and turn towards a Trump? And how easy is it to turn back once the fascists are in control? These are questions that neither party wants Americans to think about.

What was being done in their name 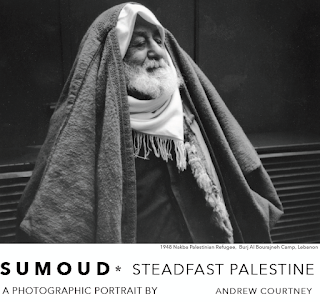 Guest: Andrew Courtney, a New York based artist, teacher and activist who specializes in social justice event photography, and whose works have been exhibited in international, national and local gallery venues, talks about his most recent photography in Palestine.Sumoud - Steadfast Palestine

Andrew's stories are as engaging as his pictures. Here is Palestine off the beaten track. The occupation and the oppression lurk just below the surface, to remind the viewer that the people and culture they are viewing are destined to be destroyed by a US backed colonialism.

There is beauty and heartbreak, the real story that is always left out of our Zionist dominated media and political process. Most Americans would not put up with the slow genocide of the Palestinian People if they knew what was being done in their name.