Tyranny comes in all shapes and sizes. 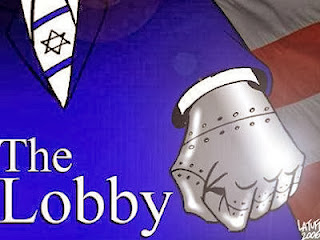 Guest:  Carl Strock, journalist and author of “From D'burg to Jerusalem: The Unlikely Rise and Awful Fall of a Small-Town Newsman,” talks about the role of advertisers like Price Chopper in controlling what stories get printed in local papers.

Carl is a great guy. I can tell from talking to him for 15 minutes on the radio.

He says, and writes exactly what he thinks, a formula that worked for 25 years at his small town newspaper in Schnectady, NY.

Then a Jewish peace group, J Street, persuaded him to visit the West Bank. On his return, he couldn't stop writing about the humiliation and suffering of the Palestinians. "I used to think they were terrorists" he told us. That was before he stood at a checkpoint with them for hours in the hot sun.

The Israeli Lobby soon found his writing distasteful and branded him an anti-Semite. A large advertiser in his newspaper, Price Chopper, joined forces with a local synagogue and some national Zionist organizations to scare his paper into limiting what he could write on the subject. Censored for the first time in his career, he retired.

The Lobby preaches racial hatred of the Palestinians, and uses the established Jewish Religion and wealthy business interests to throttle anyone with an opposing view. Think they are not powerful? There isn't a person in Congress who dares criticize Israel, and few who even have the courage to question the Lobby's relentless efforts to push America into another war.

Tyranny comes in all shapes and sizes.

The edge of tyranny

Guest: Tom Burke, one of the 23 antiwar and international solidarity activists raided by the FBI and subpoenaed to a grand jury in Chicago on Sept. 24, 2010, talks about Rasmea Odeh as well as the Supreme Court decision declining the appeal of the Holy Land Five. (Do to technical problems, Tom's talk was prerecorded.)

The impossible sometimes happens. You grow up thinking that you live in a free country, and then the FBI is in your house taking away your computer. Yes, you know that they have targeted dissent since their founding more than a century ago. But that junior high history course never really leaves you. It's a fair country, a just country that little voice keeps telling you. It's a democracy where the government is of, by and for the people. This must be a dream.

For Tom Burke it was a nightmare. We live in a national security state that has been a long time coming. To even think about it raises the risk to yourself. They are spying on everything you do.
Can we come back from the edge of tyranny?

Taking on the liars in high places 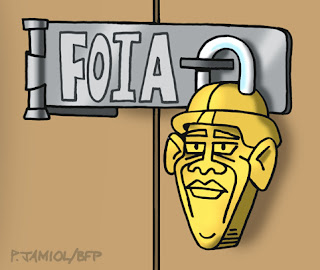 Guest: Kevin Gosztola, writer for Firedoglake.com on WikiLeaks, whistleblowing, secrecy and various issues created by the national security state, talks about how the Obama Administration avoids scrutiny from the press.

The Obama publicity campaign became the Obama presidency. Mr. Gosztola details the way form trumps substance in an administration as secretive as any we have ever had.

The fact that Obama campaigned on governmental transparency just proves that he knows exactly how to lie to the American people. Promise them what they want, and then hide the fact that you are doing the exact opposite.

Mr. Gosztola is the bright spot in all this. Have charlatans like Obama spurred a new generation of muckrakers, willing to take on the liars in high places? Restoring democracy can be done no other way than by discrediting the plutocracy we have now.

Guest: Paul Rehm, local human rights activist who has completed his sixth period of service with Christian Peacemaker Teams in the West Bank, talks about facts on the ground in occupied Palestine.

This interview was the most Paul has talked about the day to day routine that Christian Peacemakers follow when they volunteer in the West Bank. Standing outside a checkpoint following children's progress through the barbed wire and steel gates must be one of the most helpless things a person can do. Each search is recorded and each child taken away is noted. And sometimes when there is obvious abuse and intimidation, the peacemakers ask the Israeli soldiers why.

The more we know about occupied Palestine, the more we all ask why. The rest of the world is asking why this brutal occupation has gone on for so long, and how our country can use its immense power to support the ethnic cleansing of millions of Palestinians. Read The Diary of Ann Frank and then study the Israeli Defense Force's treatment of Palestinian children. Never again you say? It is easy to hate the Nazis because they are long gone. It is much harder to condemn America's principal ally, the apartheid state of Israel.