The death of the intellect 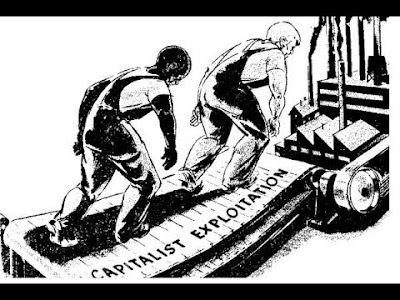 GUEST: Rob Larson, Professor of Economics at TCC and author of Bleakonomics and Capitalism vs. Freedom, talks about libertarian contradictions, the evils of neoliberalism, and the need for a new, socialist world order.

Capitalism vs. Freedom, The Toll Road to Serfdom

The basis of our current obsession with profit and corporate control of government is called neoliberalism. Rob traces the roots of this back to the 1980's with corporate bankrolled academics who painted the dominance of capitalism as true freedom. It is now our state religion. All our needs must now be measured by their costs and its profits.

Colleges are in the same business. They teach courses to maximize contributions from rich alums and corporate elite. They even suppress freedom of speech on campus to please donors. Education at our nation's "non-profit" colleges is intimately involved in maximizing profit.

The Ivy League schools train the elite and teach them how to internalize their privilege. It is a system of mind control without the beatings and killings one might find in less sophisticated tyrannies. Late stage capitalism demands the death of the intellect. The brighter the student, the more repugnant the monster that emerges.

To frustrate the will of the people 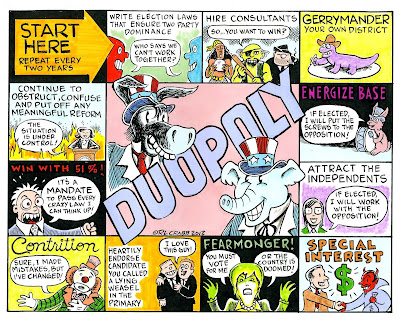 GUESTS: Howie Hawkins, Green Party candidate for Governor, and Mark Dunlea, candidate for State Comptroller, describe how their party is different from the two corporatized ones you have come to know and hate.

Howie and Mark just make sense. How could anyone vote for anyone else? Isn't it more important to vote for someone who you agree with rather than someone who is a little bit better than just terrible.

But why would the corporations give us any better choices? The game is all about not having any good choices at all. Late stage capitalism must work especially hard to frustrate the will of the people. 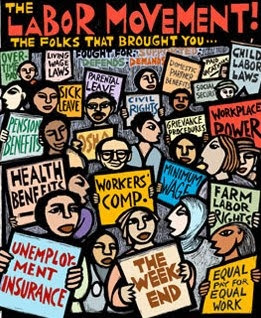 GUEST: Bob Price, long time peace and justice advocate and professor at CCSF in San Francisco, talks about labor activism in the face of the recent Supreme Court assaults on the rights of working people.

Bob Price knows labor history in the US. Most of us just don't. I didn't know that the Taft Hartley Act's greatest victory over labor involved the outlawing of wildcat strikes that had been so effective during the 1930's. The diminishment of labor unions has been going on for a very long time. Only it has been hidden from the nation's workers.

Wages fall as unions loose their power, and we have seen that for the the last thirty years. Union bosses bear part of the blame, so comfortable and so exclusionary. Like our venial politicians, they have simply been bought by the corporations and the billionaires.

When will working people wake up? In a sense, they have already. They have realized something is rotten in the system, and voted against the crook they knew, Hillary Clinton. Of course, they got an even greater con artist in her place. We have seen the same process at work in Germany and Japan in the 1930's. Corrupt capitalism making way for demagogs and state tyranny.

But labor isn't dead yet. The $15 Per Hour movement proved that. Now the nation's teachers are fighting decades of underfunded schools and diminished salaries. A revitalized labor movement may yet upset the one percent's lock on power. But labor has to reshape the Democratic Party or form one of their own to actually halt our nation's slide towards authoritarianism.

Replace it with the voice of the people 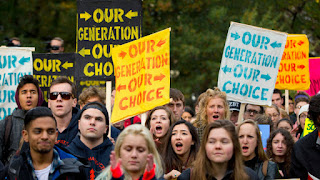 GUEST: Sohayla Eldeeb, the Global Outreach/Operations Lead and an organizer for "Zero Hour," talks about this young people's campaign to confront congressional representatives on climate and environmental justice during their district town halls.

This Is Zero Hour

Sohayla isn't angry, or even disappointed at the state of the world that high school students find themselves in. She isn't particularly condescending to the generations that have let the oil companies destroy the planet, and allowed the billionaires to completely corrupt our system of government. We were asleep at the wheel, or maybe in front of our TV sets. The billionaires run everything, and we have been sending our young men and women off to fight in wars for the last seventeen years. Not the children of the rich, of course. Not the sons and daughters of our politicians, sucking at the teat of their version of the American Dream, while the people's version moves further and further from our sight.

No, Sohayla just wants to organize, and says that she has a lot of help. In fact, her generation has just been learning about political power. They have been connecting the dots between being shot up in their high schools and the corporate controlled gun lobby. Blood for profit, and it is an old story. The billionaires reap their riches from spilling other people's blood, whether it is through wars abroad or Second Amendment carnage at home.

Maybe this generation will upset the status quo, and make the empire tremble like it did in the late 1960's. May the next generation clear out the governing class and replace it with the voice of the people.

Not suitable for the general public; off with his head! 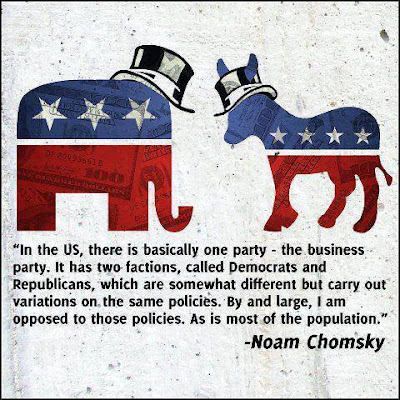 I thought this was an interesting discussion about Assange, although at times we got bogged down in the facts of his case.

The vilification of Assange goes to the heart of the empire. Both of our corrupted political parties hate him for exposing their venal stupidity. The weapons makers see him as an inconvenient impediment to making billions on new wars. And the nation's media shows itself to be the pathetic cheerleader of America's war crimes abroad. Assange makes the system look bad. In fact, he shows us exactly how brutal and corrupt our nation has become. Not suitable for the general public; off with his head!