It was an honor talking with Carlos. He described the 5:00 am raid on his house last fall by an FBI led swat team that broke down his door and pointed guns at his head.

His crime? He had a conviction for supposedly throwing a can at a policeman during a Chicano rights march back in 1969. That meant that a registered firearm he kept in his house was actually illegal.

Break down someone's door and threaten his life over something that happened 40 years ago? There have been times when I have been ashamed of my country, and this was to be one of them.

Carlos was more sanguine. He told us about a book he was reading on the Palmer Raids, commenting that the FBI has been doing this for a long time. In fact he had expected it, especially when his name was found on FBI papers left at another activist's house that had been raided. The "can incident" was a frame up as well. He had never done it.

It is just difficult living in a country that preaches free speech while its secret police are running around trying to intimidate those who exercise their right to dissent. It goes against everything we have ever learned about America. The ugly truth at the bottom of a pile of lies.

Carlos has seen the beast up close, and it has never stopped him from speaking out about Chicano rights or about the plight of the Palestinians. We must give up our fantasies about the benevolence of our leaders and learn, like Carlos, to resist.

When the Bankers are the Crooks 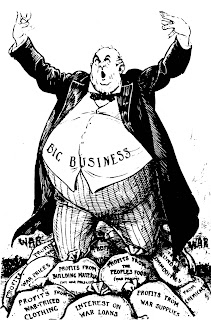 Jonathan Bix and Schuyler Kempton talked to us about how social change will happen in America. Jonathan is a student at Vassar and Schuyler is still in high school. We had them discuss the issues together because we were eager to hear what the next generation was thinking about social change.
Jonathan, representing the foreclosure movement in Occupy Poughkeepsie, thought that getting involved in the two party system was counterproductive, although there were some differences between candidates. Schuyler was less optimistic; he rejected the capitalist system that had created the two party monster.
I was struck by our discussion of values and morality. Both students had rejected the notion of following the laws as dictated by the major corporations. Throwing families out of their houses isn't moral even though the banks, the courts, and the media contend that it is. Of course, the banks are anything but legal themselves, pushing bad mortgages on the poor, and then forging paperwork to throw families out on the street. The revolution will come from exposing and confronting the criminal system that we have now, one based on profit rather than on human needs.

Is It Possible Without Corporate Cash? 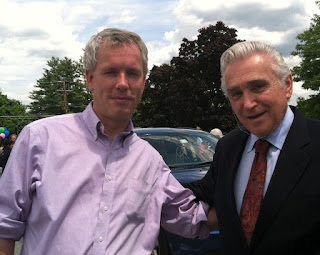 Joel has the right ideas about labor and the environment, and he believes what he says.

Obama says the right things but every time you turn around, he is doing the exact opposite. He transcends lying; he is simply a well paid actor, ready to try any role to stay in power.

So is our system broken when such candidates succeed? And does that mean Joel Tyner has no chance at all? He has no cash, and doesn't take donations from corporations. Can he be successfully in what America has become, a cesspool of the greedy and well connected.

Vote for Joel, and let's see. 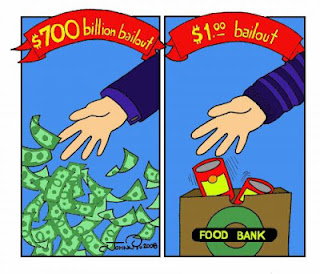 My guest today was Ron VanWarmer, Associate Director of the Food Bank of the Hudson Valley. He was pretty careful not to talk about things like the hundreds of billions wasted on wars in the Middle East. Or about bailing out rich people's banks.

His job is to feed an awfully lot of hungry people in the Hudson Valley, and I could tell that he didn't want politics getting in the way of corporate donors. To me it was an indication of why the nation's food banks should be supported by our government and not have to rely on corporate generosity. Like everything, the corporations give a little while subtly controlling the message. Here the message should be the obscenity of families going hungry while the filthy rich shake down the rest of us. Once dependent of corporate giving, however, the message becomes how we can all pitch in together to solve this horrendous problem. Whose fault is that problem? The Food Banks can't really say on the radio.

In the end, I apologized to Ron for pushing him to talk about politics. And I can see his point. "Giving food," he said, "is a worthy act in itself." The bigger picture often excludes small acts of kindness. And working for the Food Bank of the Hudson Valley is such a kindness, a life affirming giving of oneself.