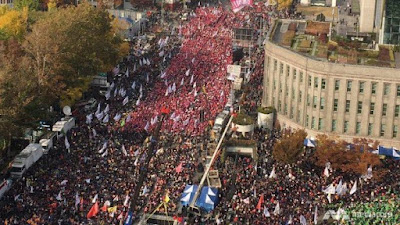 GUEST: Deirdre Griswold, co-founder of the Workers World Party and long time editor of its weekly newspaper, talks about US aggression in Asia and its decades long effects on Korea.

How narrow the political discourse is in the US. With all the talk about how terrible Trump is and how he is threatening our "free press," we often overlook the fact that our media is already hopelessly compromised by establishment thinking.

That is why guests like Deirdre Griswold are so important to a real political debate. What is the reality of the US involvement in Korea since World War II? Have we supported dictators and covered up political suppression and even massacres? Is the Pentagon trying to start another war between the north and south? And what do the Korean people want?

You won't know the answer to any of these questions if you read The New York Times. There are certain types of stories that our newspaper of record consistently distorts to fit the needs of our hidden empire. Coverage of Cuba, Venezuela, Iran and Korea is worse than inadequate; it is simply state propaganda.

Do I agree with Workers World and its take Korean history? I spent a year there in the US Army, so I try to follow Korea closely, reading every article I can. I think that Ms. Griswold's analysis is much closer to the truth than anything I have read in the US media. That's not to say I agree with everything. But to be informed, one needs to be exposed to a variety of opinions, something that is not very easy unless you read alternative media. The search for truth about the US empire requires going beyond mainstream sources. 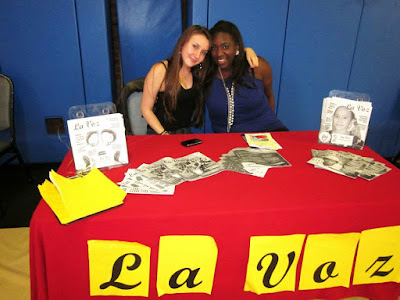 GUEST: Mariel Fiori, a professional journalist from Argentina and co-founder / managing editor of La Voz, a Spanish magazine distributed in the Hudson Valley, talks about the needs and rights of the Latino community in the age of Trump.

We had an interesting discussion with Mariel Fiori. Fighting for Latino rights, according to her, means providing critical information to those scared of being deported. That is why La Voz is only printed in Spanish, although some of the stories get translated on the magazines website.

We did get into her defense of immigrant populations. "Open your refrigerator and tell me what would be there if everyone was sent back," she said. Immigrants, legal and illegal bring value to the communities where they live. They should not live their lives in fear.

The interview helped me understand how sanctuary is the forefront of immigrant rights in the US. Nearby Kingston, NY just declared itself a "sanctuary city," so the resistance to Trump's racist and fascist regime has already begun!

On another topic, Activist Radio is proud to be included on the Progressive Radio Network every Sunday from 5 - 6 pm. Join us there, and take a look at the many other great programs on the network. 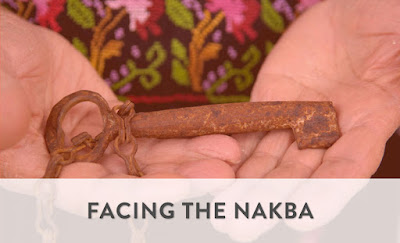 GUEST: Eitan Bronstein, founder of the NGO Zochrot, co-author of "Nakba" in Hebrew, and co-creator of the De-Colonizer website, talks about his personal journey of decolonizing his identity as an Israeli.

Eitan's research fit perfectly into one of the themes in this program: the privilege of doing the right thing.

Eitan is an Israeli who insists that his people acknowledge how the the Jewish state was born, by ethnic cleansing.

Will our country ever acknowledge the ethnic cleansing and genocide visited on our Native American populations? Or the centuries of slavery and Jim Crow that forced Black people into brutalized and marginalized lives? If we are to be free, of course, we must be honest. Liars are never free from the fear of being exposed, and the American Empire is the most fearful nation on earth.

So we. like Eitan, will continue speaking truth to power. Only by crafting a common narrative can there be peace. And let's face it, our future is either going to be peace or annihilation.

Send in the gunships! 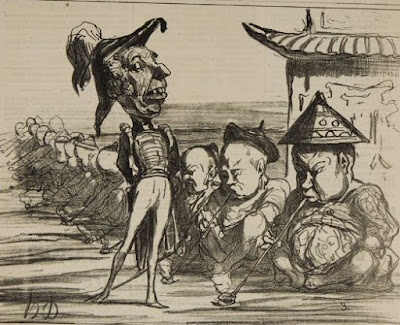 GUEST: Sara Flounders, co-director of the International Action Center, writer for the Workers World newspaper, and organizer of mass rallies against imperialism, talks about the US "Pivot to Asia" and the threat of war in coming years.

Was it too much of a stretch talking about the Opium Wars to describe what the US wants from China today?

Sara spent several minutes describing how European gunships forced China to accept the opium trade in the middle 1800's by signing treaties giving sovereignty to Western nations. The US military buildup in the South China Sea might be seen as a similar attempt by the US to control China's trade. We are looking at a century and a half of attempts to dominate China, something our media would never remind its readers of.

Why now for renewed US imperialism in the region? "Free trade" has always meant the right to dictate terms favorable to Western powers. The right to sell opium to the Chinese in exchange for silk, spices, and precious metals was won through military force, with Western gunboats patrolling China's major rivers. The introduction of opium had already devastated large areas of China, but to the Western powers, any trade that benefited their corporations was morally justified.

So the "pivot to Asia" is really old news. China is asserting the right to trade with the rest of the world without Western intervention. Send in the gunships!

US aggression, however, is a dangerous provocation when both countries are armed with nuclear weapons.